The bridge required by the new Braves Stadium, sorry, Suntrust Park, to ferry fans across the Perimeter from the Galleria area to the stadium has reached the stage where you have to punch new holes at the end of the belt in order to make it stay on.

Yes, the $9 million dollar bridge that was supposed to cost taxpayers $0, has recently begun to tip the scales at, well let’s add it up.

Let’s turn to the AJC to get us up to speed:

Add to that what the AJC has more recently found: $500k to move (yet another) pipeline, and $2.2 million to get people over some sort of lake it looks like, bring the total up to a cool $17 million.

And there is no plan on the table that is anything but 100% public money.

This may be a surprise to Cobb County Commission Chairman Tim Lee, as he has reassured us time and time again that no public money would be used. But then again, he probably knew that was never true, as our story from November of last year indicated:

Cobb County let the Atlanta Regional Commission, which specifically stated that the traffic plans the County submitted would not work at all without people circulators (read as trolleys, trams, or buses), that they would be tapping Cobb’s share of federal transit funds to fund 50% of the construction cost. Cobb County taxpayers would be responsible for the other half. That was in June.

But in July when asked if tax money would go toward the bridge construction, Tim Lee responded “Probably not. No. I doubt it,” Lee responded. “I doubt it seriously.”

We are getting closer and closer to the reality that is the Cheesecake Factory Bus Jump. On this day in 1979, Pope John Paul II became the first Pope to visit the White House. Anwar Sadat was assassinated on this date in 1981. Robert Bork’s nomination was voted down in the Senate Judiciary, which, sadly, is why we never had Supreme Court Justice Richard Posner. Discuss.

This week Bill Torpy wrote a piece that chronicled his attempts to tell the story of brave Atlanta firefighters who went into a burning blaze to rescue children. Or he wrote a piece that’s part of a continuing series of attempting to chide the Mayor of Atlanta. Or both. It works because he’s writing as a columnist and not a journalist. Readers should understand that’s his take on the news of the day. They also need the history of the relationship between the Mayor and the columnist.

There is an ongoing saga between some firefighters and the Mayor that stems from the pension reforms of 2011. Nearly everyone agrees that pension reform was needed or the city would have been in dire financial straits. The firefighters then sued, and now the Mayor won’t give them pay raises until the lawsuit is concluded.

It’s clear that Torpy wanted to play the pension dispute against the heroism of the firefighters (and possibly some scantily clad photos taken in the firehouse) but he was thwarted by his inability to interview the firefighters involved. You can’t interview city employees without the City’s permission, and here it was not given, and the reasons why not were set forth in the City’s response. Both the column and the response are worth reading.

But is clear that the history is even more important than the present in evaluating what’s going on here. Cast your mind back to this spring, when the City was trying to hold absentee landlords accountable for the deplorable conditions of their property holdings (read burned out vacant homes) in Vine City and English Avenue (two impoverished neighborhoods near the new Falcons stadium). Rick Warren, no not the minister, held a ton of these properties, or maybe did, but the maze of shell corporations made that difficult to prove. He was on trial in municipal court in May and the Mayor took the afternoon (at least twice) to sit in the audience and watch the proceedings. (I’ve sat in those benches and they are none too comfortable). Torpy wrote a column on the proceedings, and though he accurately described the problem, he left the impression that the Mayor’s presence was there not to emphasize the importance of the case, but to affect its outcome.

Torpy’s columns carry weight in this city. And when he decides that the Mayor has overstepped his bounds, he is right to point that out (as he did in both columns). But the problem is that more people read Torpy than the actual news, so the characterization he gives becomes the truth, rather than an opinion. And in the case of Rick Warren and Vine City, he may well be wrong.

The article that really tells the tale of Rick Warren and English Avenue is elsewhere on the AJC’s website. It reveals Warren’s ownership of derelict properties that he refuses to fix and instead they become sites of prostitution and drugs. Neighbors trying to clean up the neighborhood hit a roadblock when they got to his houses. He owns 10% of the neighborhood. Consider that for a moment.

So Mayor Reed wanted the world to know that this day of code violations in municipal court was different than all other days. And instead he took the blame of subverting justice.

So when you read both pieces, Torpy’s and the Mayor’s keep in mind the historical context of that relationship. 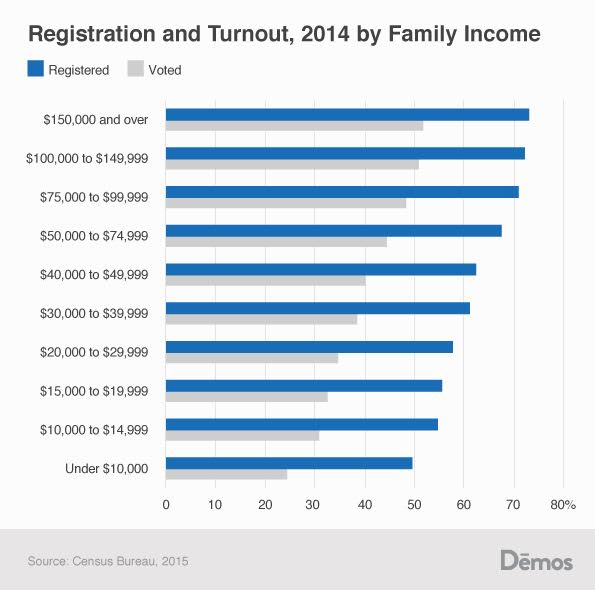 Can you imagine how government might be different if those turnout numbers were flipped? What policies might be favored by politicians if the poor voted in higher numbers? On to the reads! The USDA does not think it’s okay to live in Gay. (fox5)

It is William Howard Taft’s birthday, the only man to be both President and Chief Justice of the Supreme Court. Here he is on a water buffalo. I show you this because its the 52nd anniversary of the Birmingham Bombing and that’s still too much to bear. On to the reads!

Over at WABE, Michell Eloy has the story of a potential $100 million budget hole that will be caused by a likely change in the way the federal government counts state spending for matching grants.

Georgia, along with Utah, has relied very heavily on third party charities who are spending to alleviate hunger and other needs of the poor toward what’s called their “Maintenance of Effort” or MOE. Georgia gives these charities some cash infusion, which is what allows them to count their total assistance toward the goal. It was allowable under the law and some creative accounting and lawyering, but it was never a grand idea.

Whether the Senate changes are enacted or the President gets his way, it likely means the end of the above accounting practice. The history of this movement is important, as when the economy was booming, states could shift money away from TANF-type spending onto welfare to work and similar programs, but when the economy went into recession, they couldn’t get the funds back. Many states who did this type of counting put their TANF money into child tax credits. Good luck undoing those.

So what’s Georgia to do? Federal grants are always about rewarding state spending within specific guidelines. Georgia policy makers rightly claim that these strictures prevent states from carving out their own specific solutions to their problems, calling them “golden handcuffs.”

But just as my allowance depended on mowing the lawn and cleaning my room, Georgia is going to have to play within the federal rules to avoid a huge hole. The Southern Center for Human Rights has filed a lawsuit challenging the frequent practice of jailing people indefinitely for being arrested for minor crimes. Not convicted, mind you, these are folks who have been picked up for jaywalking, or public intoxication and been given bail amounts they just can’t pay.

So their real crime, the one that has them in jail, is being poor.

The City of Calhoun is in the crosshairs of this particular lawsuit, City of Calhoun v. Walker, which seeks to stop the City from jailing people too poor to pay bond for minor offenses.

Plaintiff Maurice Walker is a recent arrestee who is currently incarcerated in the Gordon County Jail for the offense of “pedestrian under the influence” because he cannot afford to pay $160 – the amount of money generically set by the bail schedule used by the City of Calhoun.  Walker is a 54-year-old disabled man who owns no property and has little income because he is unable to work.  He cannot afford to purchase his release from jail.

No matter how you feel about a drunk person on the sidewalk, nobody’s interests are served by jailing such a person in advance of their court date. Not taxpayers, not residents of the city, not the interests of justice, and certainly not Maurice Walker.

Huey Long was shot on this day in 1935. He died two days later. On to the reads!

Ease his pain: Shoeless Joe Jackson, maybe South Carolina’s greatest contribution to sport, might be reinstated tomorrow. He deserves to be in the Hall. Let’s all hope he gets there. 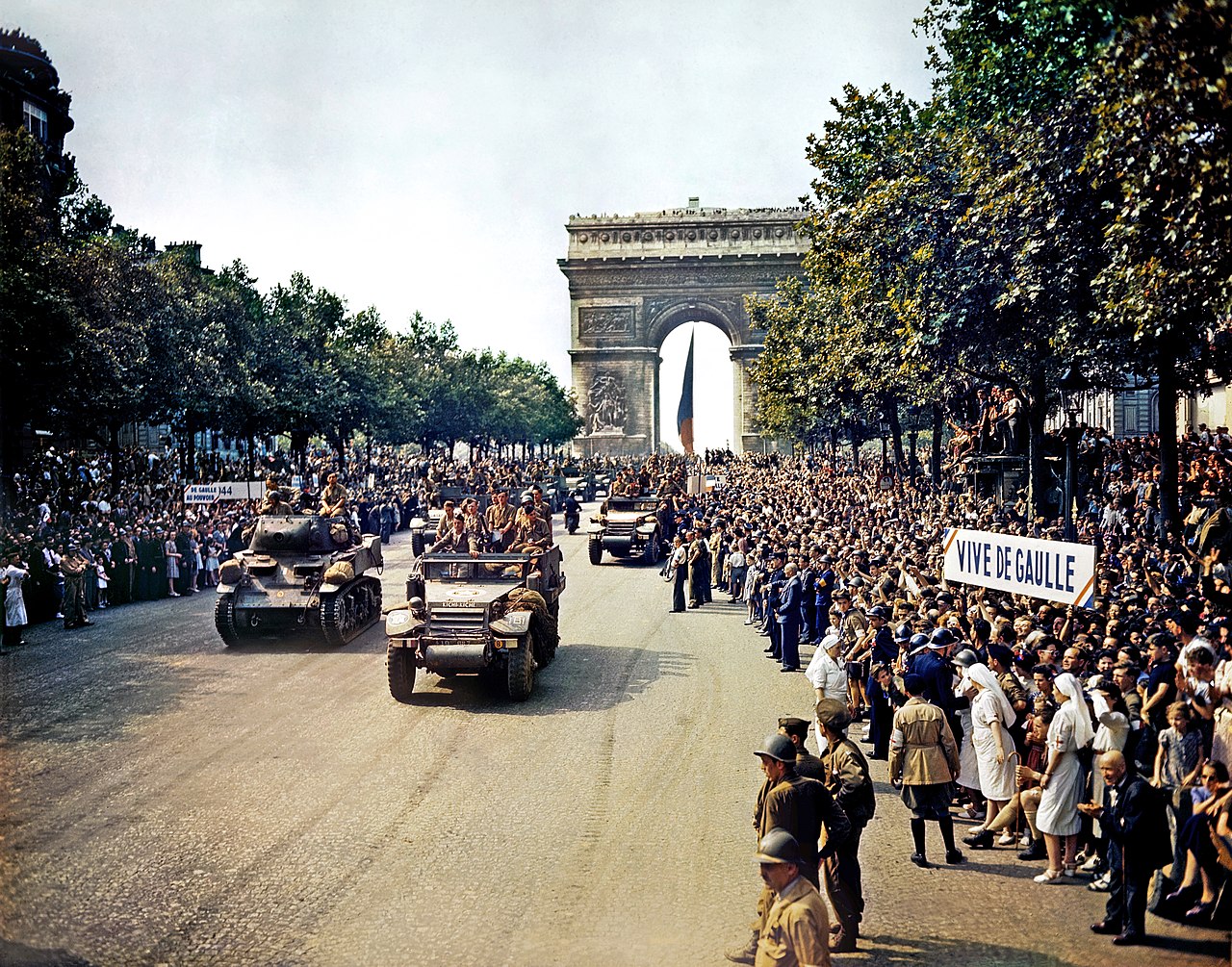 Paris was liberated by the Allies on this day in 1944 (above). Springsteen’s “Born to Run” was released in 1975, in 1950 President Harry Truman took over the railroads to prevent a strike, and in 2009 Ted Kennedy died. On the the reads…

On this date in 1920, the 19th Amendment was ratified giving women the right to vote. James Meredith became the first black person to graduate from the University of Mississippi in 1963, and Jimi Hendrix closed out Woodstock with his set in 1969. On to the reads!

The Battle of Amiens ended on this day in 1918 (above, the Cathedral in Amiens during Mass in World War I). The Mall of America opened on this day in 1992. And, of interest to at least one of you, the Eiger was climbed for the first time on this date in 1858.

Louis Armstrong was born on this day in 1901. On to the reads!

On this date in 1938, the B-17 Flying Fortress made its first flight. It is also World Hepatitis Day. Either way, something to celebrate. On to the reads!

END_OF_DOCUMENT_TOKEN_TO_BE_REPLACED

Want the best of Peach Pundit, plus unique commentary and insight delivered to your inbox every day?
Sign Up For Peach Pundit Daily Now